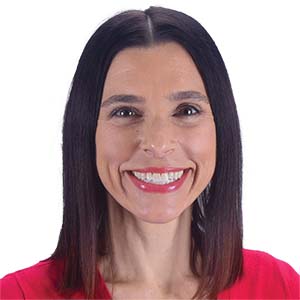 Cyberattacks where you least expect them

Recently, my Spotify account was hacked. Someone, many people or BOTS were logging in from all over the world. Now, I know I have some bumpin’ playlists, but what was the point? Later, it was explained to me that they were just trying to access my usernames and passwords to do further damage elsewhere. However, it left me scratching my head about current cyberattacks because they were affecting me at work too!

When we hear of cyberattacks, we don’t immediately think of media companies, but in recent months, that’s exactly who has been targeted. In September 2021, Inside Radio released a statement about how Marketron (a software tool local radio stations use to implement, traffic and bill orders) was hit with a cyberattack causing nearly all its systems to go offline. Additionally, one month later, Sinclair Broadcast Group (which owns WLUK Fox 11 in the Green Bay market) also reported an incident involving their network! As a result, certain devices were encrypted with ransomware, data was confiscated, and business operations (including the running of placed TV schedules) were interrupted.

Why Marketron and Sinclair (and countless other media groups) rather than a bank or credit agency? Because hackers can basically “hold the company’s computers hostage” until A) a ransom is paid or B) the attack can be properly handled (which involves taking important systems down for lengthy and costly periods of time).

When your business is affected due to a cyberattack on your media outlet, what can you do?

Cyberattacks are certainly becoming more prevalent, especially in business. The more you can educate and prepare yourself, the better. If you have questions about cyberattacks or media buying in general, contact us.

Meet Molly, Insight’s resident media pro and health and wellness fiend. As our media director, Molly helps our clients navigate the ever-changing marketing landscape to develop and manage an effective media marketing strategy for their brand and budget.

Streaming TV: It’s Time to Get in the Game!

Media: An Unseen, but Integral, Part of Advertising