A Smart Media Buy on a Budget 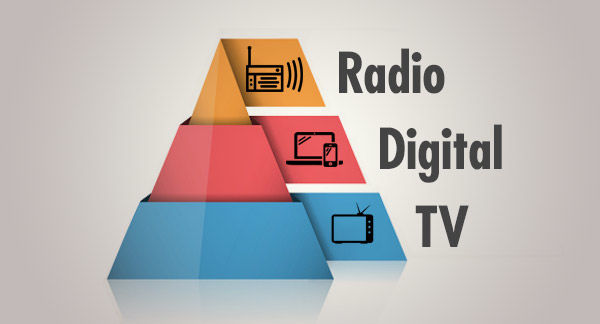 Insight Creative’s media department works on campaigns with a variety of budgets, from a few thousand to a quarter of a million dollars. No matter the budget, we must be smart about what we’re buying. A lot of thought goes into media buys and we buy media that will best reach our target demographic. This can be a mix of traditional and new media, and just because something has always worked for the client in the past, doesn’t mean we won’t switch things up and bring fresh ideas to the table. Similarly, just because someone has what seems like an endless budget doesn’t mean we should buy media that doesn’t reach our target audience or get the client’s desired results.

So where do you start? Building a media campaign is like building a pyramid from the ground up. If budget allows, you want to have a few strong base layers, incorporating media that performs well within your target demographic, while working your way up the pyramid, adding other media on top. With a $150,000 media budget, you’re likely able to put together a strong campaign with four of five types of media. However, if you have a $10,000 media budget, you’re likely to only be able to buy one or two media types, depending on which ones you choose and how long the campaign will run.

For example, you could begin building your pyramid by purchasing spots on morning news shows that have high ratings for your target demographic and coupling that with targeted digital ads. Once you build a strong base with those layers, you can top it off with something like Facebook ads or a billboard in a prominent location. If your budget is on the smaller side, you want to have that strong base layer, and maybe just buy one media type well or add on one more if possible. You want to avoid spreading yourself too thin over multiple media types if you don’t have the budget to buy them strongly.

Our clients have seen great results from both small radio buys that included three live reads a week on one station for a few weeks and also on buys that cover four or five types of media running for three months. The most important thing to remember when putting together an effective media campaign is to know the best way to reach your target demographic and to be smart about how you allocate your budget.

Drawing is Not Dead