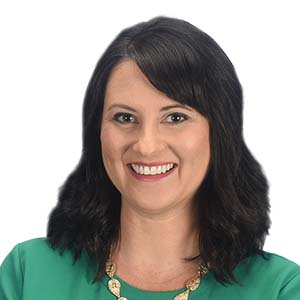 The Value of Shock—Advertise at Your Own Risk

I recently watched a discussion about VH1’s controversial anti-bullying ad titled, “I will survive." The idea that “today’s nerds will be tomorrow’s bosses” was clever enough, but left many with a negative feeling as the TV ad continued to detail how the kids being bullied now, would eventually grow up, gain success and professionally bully their peers as adults. This is a mild example of advertising that toes the line of controversy, but still prompted the question… did they take it too far? And if so, what’s the value in doing so?

The strategy of using shocking creative in order to gain attention, and sometimes purposely offend to provoke discussion, is sometimes referred to as “shock-vertising” and isn’t anything new. The controversial method has been around since the 1980s. Though there’s no way to tell who birthed the strategy, it’s believed United Colors of Benetton pioneered the concept with mainstream campaigns that pushed the boundaries with political, social and religious taboos to sell clothing. Not only did the ads shock audiences, they shined a light on worthy causes, forcing audiences to go from turning a blind eye, to staring directly in the face of uncomfortable social issues. The campaign was a success. Not only did United Colors of Benetton sell more clothes, they also won awards for the campaign.

Some may question the ethics of profiting from social strife and believe marketers should leave the tough topics to the news. But, whether people would like admit it or not, advertising is a huge influence on the way we live, think—and ultimately—act. Just as books, movies, paintings, poetry and other forms of art can be controversial, deeply personal and sometimes offensive to prompt important discussions, advertising can do the same. Some of the most effective anti-smoking or anti-drug campaigns are incredibly shocking and very uncomfortable. The level of creative writing, artistic depiction and targeted messaging that ad agencies produce can bring substantial value to conversations that may have started in news headlines.

Shock can be powerful when used appropriately, but also extremely risky. Unfortunately, shocking and offensive often go hand-in-hand. If your business decides to try shock-vertising, proceed with caution. Carefully consider the following as you develop your campaign:

Do you have an opinion about shocking ads? And when is shock right for your brand? How far is too far? You be the judge while browsing this gallery of most famous examples of Shockvertising.

Five Marketing Questions to ask in a Time Crunch

When it comes to creative, PUSH.